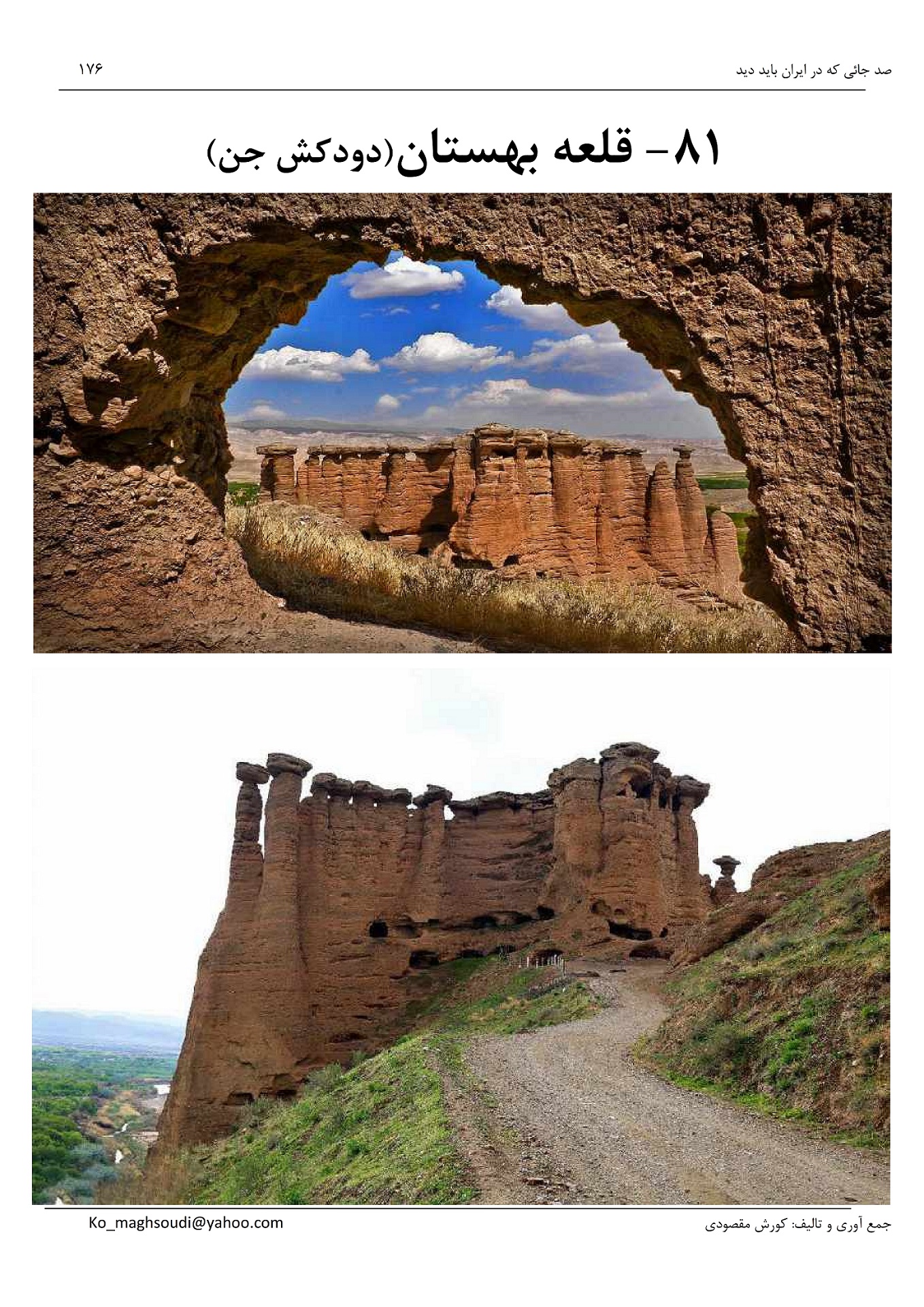 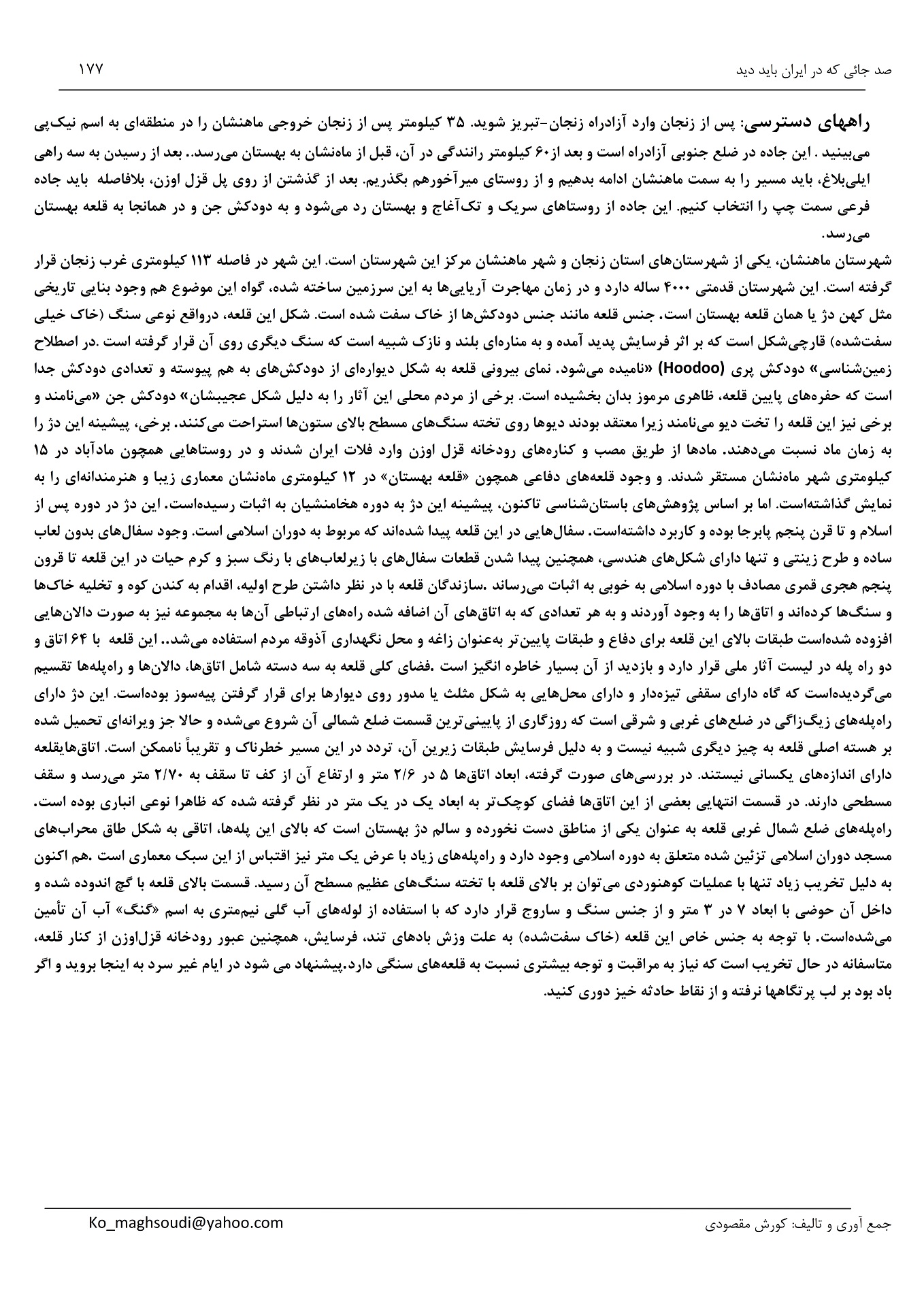 Standing tall at the heart of a mountain, a once strategic fort offering protection to people for centuries seems to be losing its battle against nature.

12 kilometers to the east of Mahneshan there is a ridge with an average height of 12 meters which is more eye catching than the Ghezel Ozan River. This ridge consists of some colossal columns which look like huge mushrooms nicknamed as the jinni’s chimney. The historic castle of Behestan also known as Kohan Dezh (old castle) does not have a specific age and no one has determined a specific date for its establishment. Some have attributed it to Medes and some others have related it to Achaemenids. Some experts on the other hand date it to 11 century AD about the time when Muslims first arrived in Iran. Nevertheless, Behestan castle has been uniquely carved in mountain. The room were created by removing the rubbles and rocks and according to the number of rooms, many corridors and stairs were made. Unfortunately, natural and human factors have brought about great damage to the castle. Due to the erosion of the castle, it is impossible to reach its upper rooms and parts. Like many other castles Behestan castle is also a fortress used by former kings to protect local people against enemies. 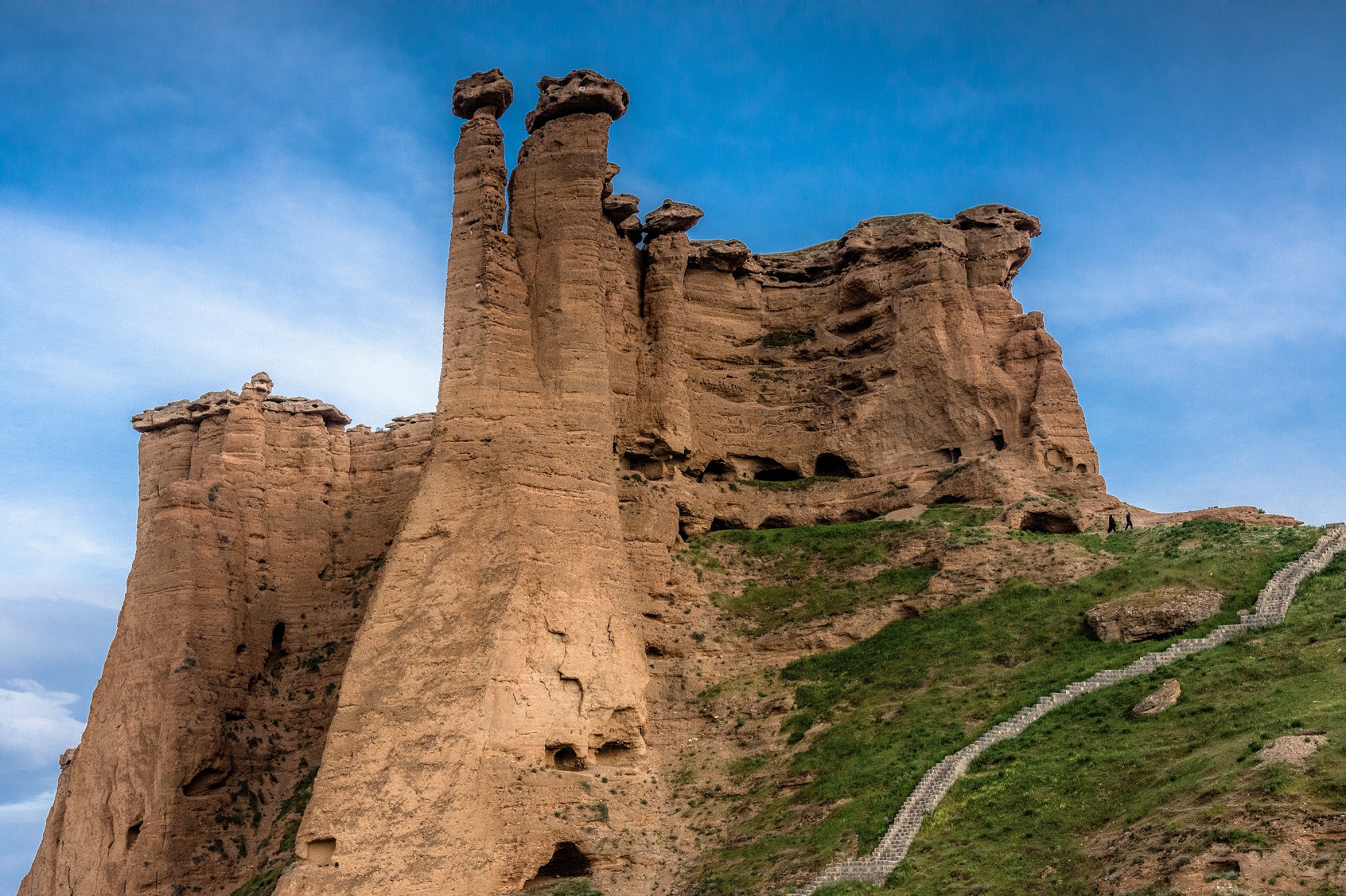 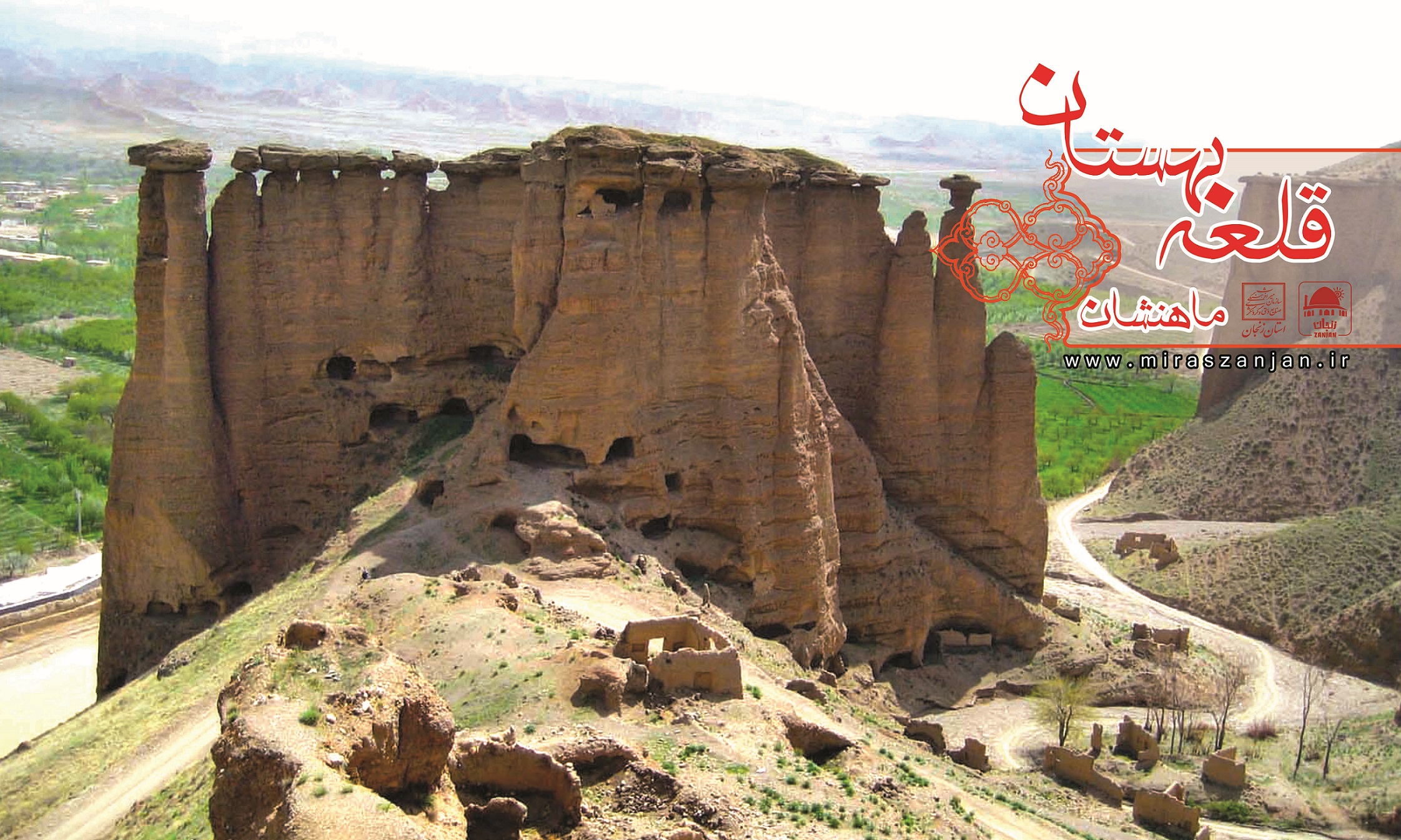