ARE THERE MUMMIES IN IRAN 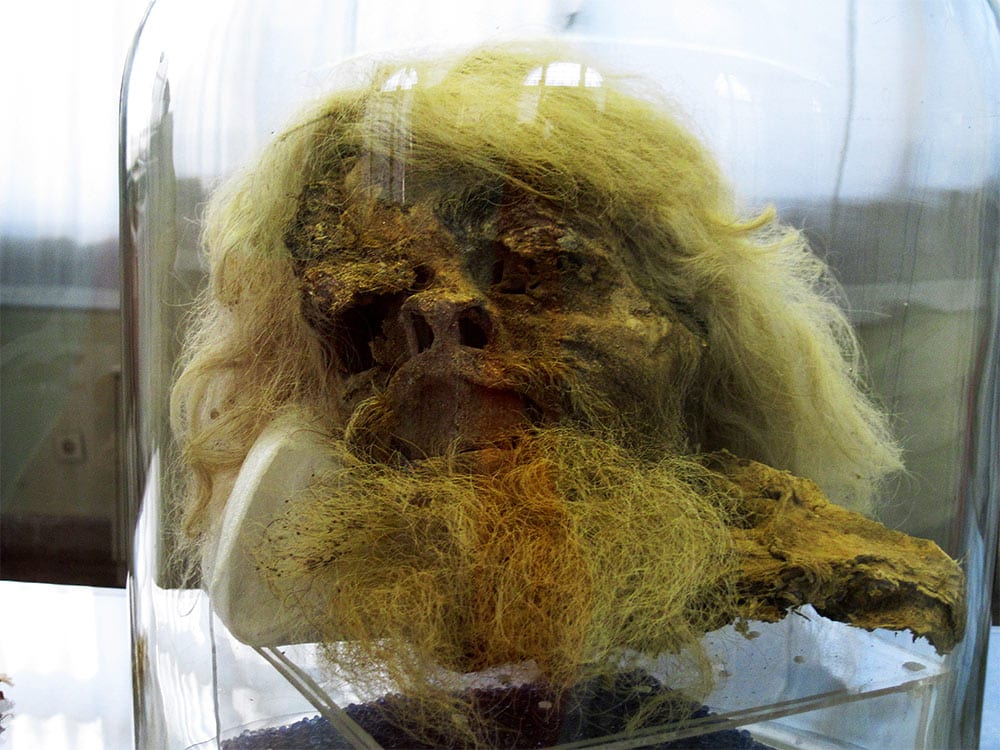 Many people think that mummies only come from Egypt but in fact Mummies of humans and other animals have been found  in places like Asia, Europe, and North and South America.  both as a result of natural preservation through unusual conditions, and as cultural artifacts. Over one million animal mummies have been found in Egypt, many of which are cats.

As far as we know, the practice of mummification of the dead was not common in ancient Persia. But It might be interesting that as of 2012, at least eight mummified human remains have been recovered in Iran. In 1994, commercial salt mining operations were being carried out in the Chehrabad Salt Mine when the first saltman was discovered. Along with his mummified remains, several artifacts, including iron knives and a gold earring, were also uncovered.
This saltman is easily recognized due to his long white hair and beard. His head is currently on display in a glass case in the National Museum of Iran (in Tehran). It has been estimated that the man lived around 1700 years ago, during the time of the Sasanian Empire, and died sometime between the ages of 35 and 40. 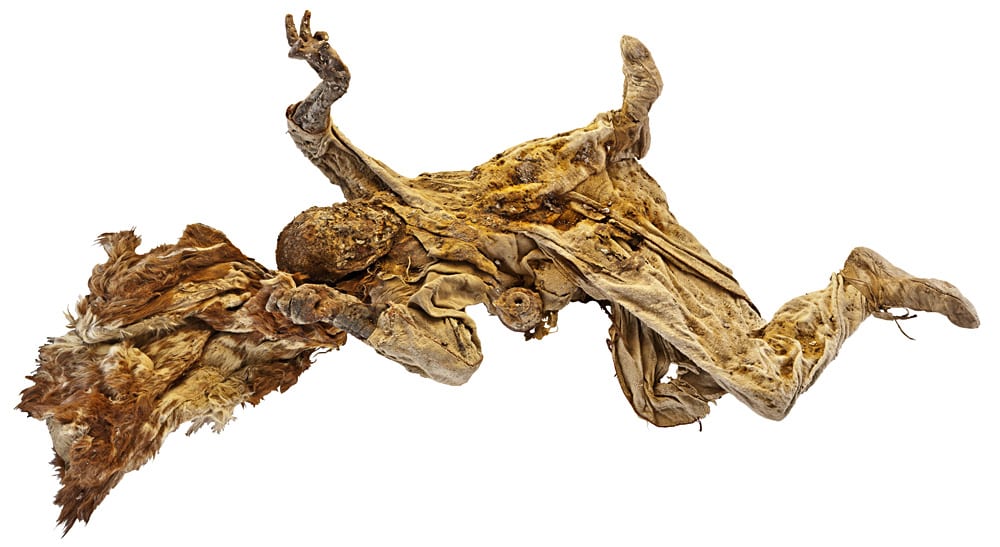 In the following years more saltmen were discovered. In 2004, another saltman was found by miners, and an emergency excavation campaign was undertaken. Saltmen were also discovered in 2005, and the most recent mummy was uncovered in 2007. It is believed that the men lost their lives in the mine as a result of mining accidents. Whilst the first saltman is being kept in the National Museum of Iran, the subsequent four were brought to the Zanjan Archaeology Museum. The sixth saltman has been left in-situ.

The discovery of the saltmen has allowed archaeologists to get a glimpse into the lives of these ancient salt miners, and much scientific research has been conducted on the mummies, as well as the mine itself, since they were discovered more than two decades ago. Areas in which such research is being performed include archaeobotany, archaeozoology, isotope analysis, mining archaeology and physical anthropology.

These studies have been helped archaeologists to gain a better understanding of ancient mining practices. For example, by examining the various artifacts and ecofacts in their stratigraphic layers, three different mining phases, namely Achaemenid, Sasanian, and Islamic, have been distinguished.

Further research has shown that mining practices were organized differently during these periods. It was found, for instance, that during the Achaemenid period, mining was established in the surrounding area, and that, based on isotopic data, supply was organized on a regional basis. By comparison, during the Achaemenid period, it seems that there were foreign miners working in the salt mine, and that the mine was accessed from areas further away, i.e. the miners did not settle within the vicinity of their workplace.

Such studies have also helped revise certain accepted facts about the saltmen. For instance, it is generally reported that six saltmen have been discovered so far. However, anatomical analysis of the mummies has revealed that some body parts, which were initially thought to have belonged to a single individual, were in fact from different bodies. Thus, it has been suggested that the number of saltmen should actually be counted as eight, or even more. 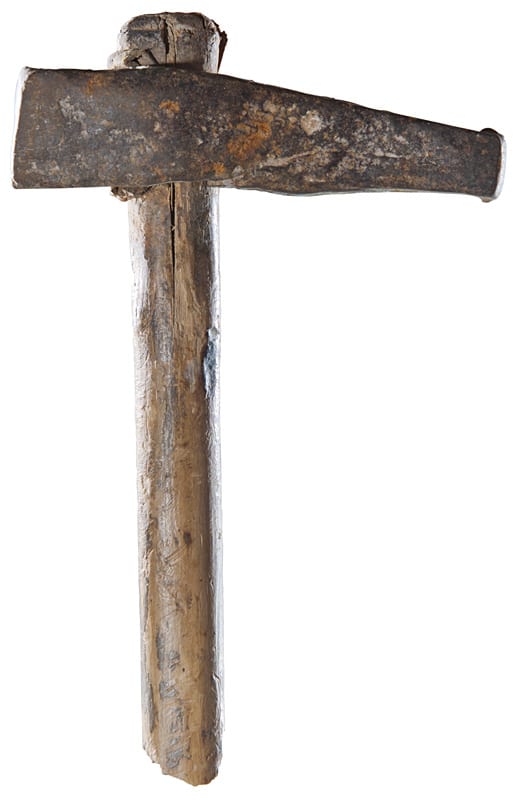 Whilst much scientific study on the saltmen and the salt mine has been carried out, there is a lack of conservation and preservation of the mummified remains. In a report from 2009, it was mentioned that the mummies were being displayed in Plexiglas cases that were not hermetically sealed. As a result of changes in air temperature and pressure, cracks have appeared in the cases. This, in turn, allowed bacteria and insects to enter them, causing damage to the mummies.

Nevertheless, measures are reported to have been taken to ensure that the saltmen do not undergo further deterioration. In the same report, it was said that plans for making permanent cases for the saltmen have been completed, and the necessary funds for the construction of the encasings should be found. 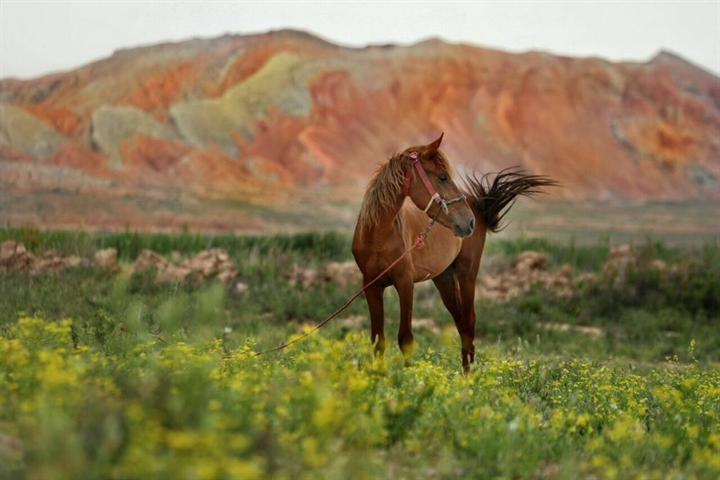 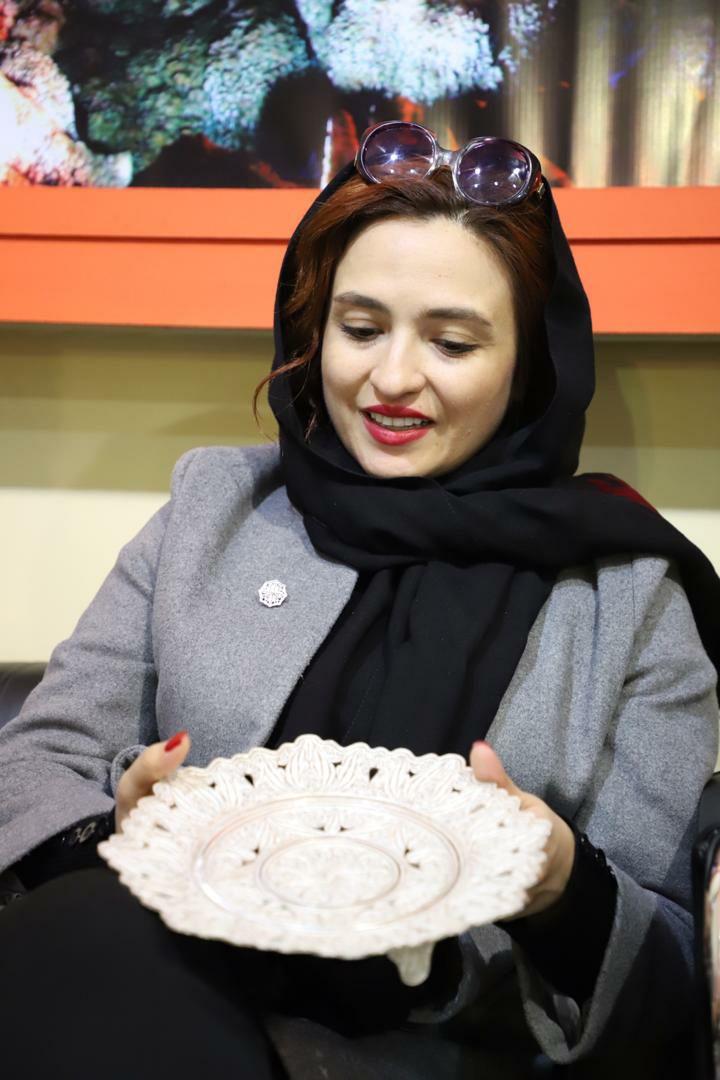